What are nootropics? Nootropics are ideal for increasing attention spans. As a class of cognitive enhancing supplements, they are used to boost memory and increase concentration; they help individuals focus. Additionally, they can be used as studying aids. They are, at times, referred to as “smart drugs” as they are believed to increase mental energy, intelligence, and motivation.

What are nootropics? How do they work?

So what are nootropics really? Nootropics are typically any type of neuro enhancing drug often characterized by low prevalence of side effects. However, the actual definition of what constitutes a nootropic is a rather loose concept. The first nootropic Piracetam was invented in 1963 by Belgian pharmacologists V. Skondia and S. Giurgea. They classified Nootropics into cognitive boosting substances. Because they have very low toxicity, they can be taken for long-term use. What this means is that they can improve brain function without causing negative side effects commonly associated with brain stimulants. 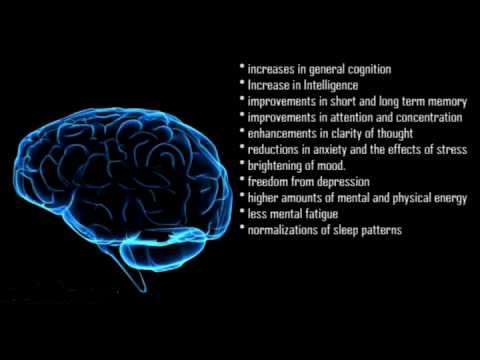 Also known as Nootropil, Piracetam is a well-known nootropic that belongs to the Racetam family. These synthetic compounds have been made in lab environments. However, there are numerous natural and herbal nootropic supplements. For instance, grape seed extract, fish oil, yerba mate, bacopa monnieri, and licorice are all examples of natural nootropics.

Like most other “smart drugs”, they will not instantaneously give a better intellect or a higher IQ. But they can boost brain functions by raising the production of different neurotransmitters. The brain is typically a network of neurons that are connected by synapses. The neurons communicate with each other and work together via chemicals called neurotransmitters. A person with a high presence of neurotransmitters experiences improved concentration, mood elevation, better memory, longer attention spans, and processing ability for his/her mental work. Continued supplementation can alter the permanent level of neurotransmitters in your brain, resulting in long lasting improvement to brain health.

People commonly ask, “What are nootropics?” Other effects include vasodilation – increased blood flow to the brain, supplying it with more nutrients, oxygen, and glucose (the basic energy source needed by the brain to endure long periods of intense focus). By increasing bloodflow and oxygenation, your capacity for focus and memory will greatly increase. This type of nootropic is particularly favored among college students for studying simply because their effects are felt rather instantly. They can also display signs of neuro protection and neuro preservation – compounds that directly impact the levels of neurotransmitters often known to help slow down the aging process. In fact, some nootropics cause a boost in the production of brain cells whilst at the same time slowing down their potential destruction. Over time, this may greatly slow down the general signs of aging, including memory loss. They also counter the development of disorders such as Alzheimer’s disease.

Many more nootropics exist out there are they can assist you to improve your brain function in various ways. The decision on which nootropic supplements to pick is large dependent on personal choice and preference. You may check out some pre-made nootropic products such as Alpha Brain. You may also design your own stack by buying ingredients such as Piracetam powder.

So if you are one of the people out there that have been asking “What are nootropics?” I hope this article has given you a good idea of what to look for and you will go try them yourself.